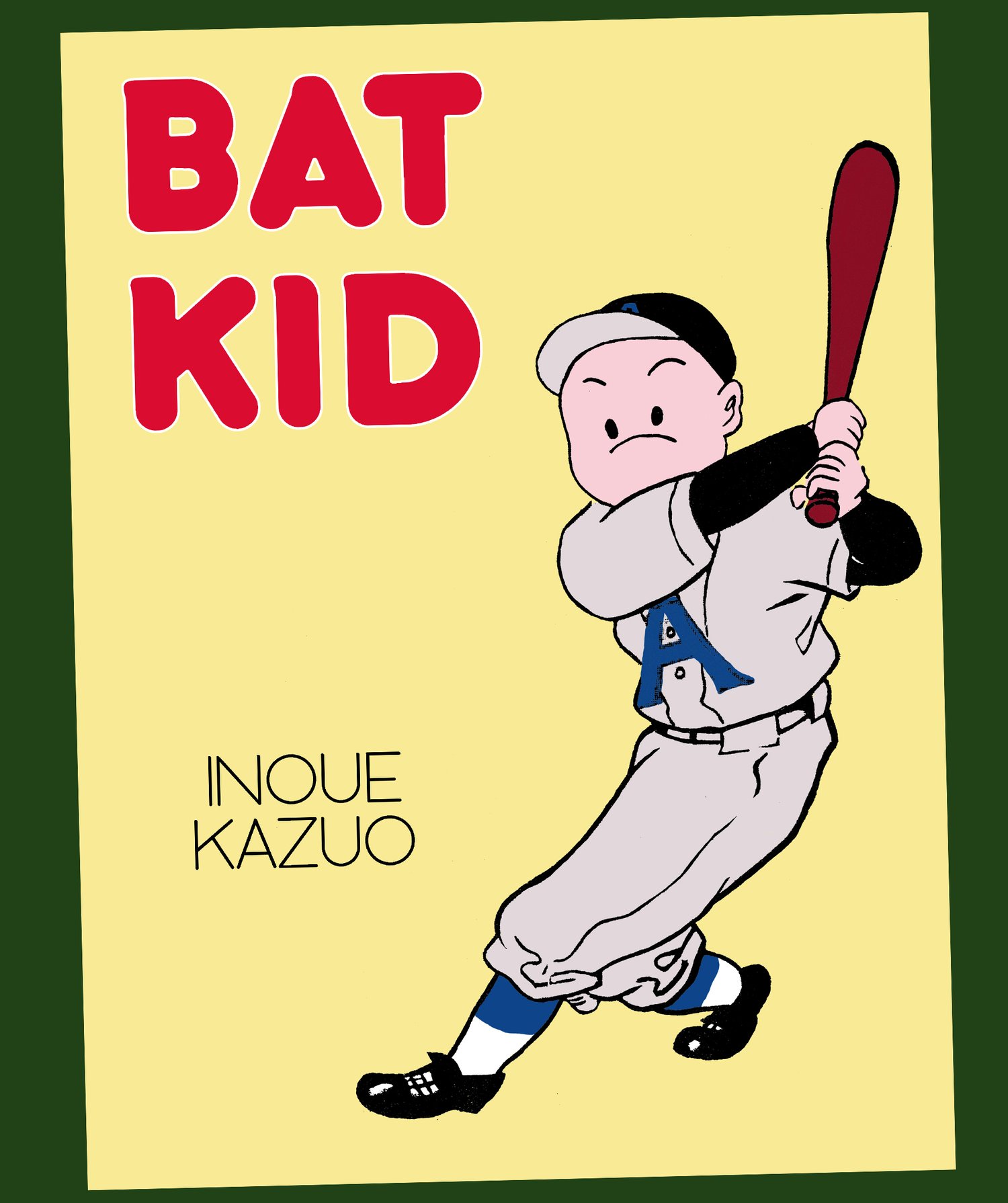 Before Ichiro, before Star of the Giants, even before the Nippon Professional Baseball league, there was Inoue Kazuo’s Bat Kid (1947-49), celebrated as the first major baseball manga in Japan. Originally serialized in the legendary magazine Manga Shōnen, Bat Kid played an essential role in the growth of postwar manga. Its popularity drew aspiring cartoonists to Manga Shōnen’s famous amateur submissions section, many of whom would later go pro. It kept Manga Shōnen in business long enough to host Tezuka Osamu’s first major magazine serial, Jungle Emperor. After Inoue died suddenly in 1949, the artist who oversaw the continuation of Bat Kid, Fukui Eiichi, later went on to revolutionize manga by creating the groundwork for sports manga and gekiga both. The condensed book edition of Bat Kid—on which this English edition is based—was crowned the top children’s manga by Tokyo’s Mitsukoshi department store in 1948. The many baseball manga that began appearing in the ‘50s, leading to an explosion of sports manga in the ‘60s, all drew inspiration from Inoue’s pioneering work.

A rare opportunity to read early postwar manga in English, this edition of Bat Kid also contains a copiously illustrated essay by historian and translator Ryan Holmberg explaining the significance of Bat Kid, artist Inoue Kazuo’s career, and the popularity of baseball in Japan before and after World War II. Whether you’re manga mad or baseball crazy, this unique volume will not disappoint. Pick up a copy today and experience for yourself the baseball manga that started it all!